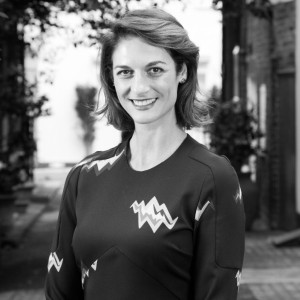 It has been a while since the time when the ruling families of Italy used art in the 15th century to depict their power; to convey a particular message and to persuade. However, the concept itself still remains alive nowadays, not only in its most extreme version as propaganda, but also in a more positive context, as a communication tool.

The use of art in hotels has experienced a significant development during the past 15 years. These days it is hard to find in the world a renowned hotel that has not embarked, in some way or another, in the process of integrating art in their marketing and branding plan. One of the main purposes of this integration is not only to add a bit of glamour and culture and to please their visitors’ eyes, but to embrace and enhance the fashionable concept of ‘locality’. The idea of fostering local art to convey the best of the surrounding culture adds strength to another concept that has gained importance in the last few years- the idea of authenticity; the increasingly sought-after formula of ‘more local equals more authentic’. I could name many beautiful hotels that use local art to boost this concept, but one that comes to mind as the epitome of using local art effortlessly is Masseria Trapana in Puglia (Italy), a former house built in the XVI century by the Italian aristocracy that boasts frescos of the same era in its original chapel.  Or Abadia Retuerta in Valladolid (Spain), located within a former abbey of the XII century, which exemplifies the best of the Spanish Romanesque style.

Another interesting artistic concept is that of Craftmanship. Far from being now the dismissed artists of the Middle Ages, craft makers and artisans have become with time the creators of individuality, particularly since the introduction of mass production in the 50’s. The uniqueness that craftmanship coveys is often reinforced in hotels and nowadays there is a blurrier line between artisans and artists; unlike in the past, now they can both reside in the same world of luxury. An example of this perfect blend is the wonderful hotel in Marrakech– Royal Mansour, which elevates craftmanship to a new dimension; the hotel was commissioned by the King of Morocco to be built by hundreds of local artisans using traditional Moroccan techniques, with the intention of becoming the best and most genuine showcase of Moroccan culture.

Whilst not all hotels might be built in a former abbey or by traditional artisans, this does not mean they cannot embrace art. Incorporating art in bedrooms, corridors and restaurants is probably the most common practice in hotels. However not every hotel achieves the difficult task of getting it right. Most in fact fall into the typical trap of using art as décor, matching brush stroke colours with bed covers and frames with bedside tables. Nothing wrong with that if their sole intention is interior design.

However, many hotels find in art a successful way of adding reputation to their brand and invest time and money in the acquisition of art pieces by famous artists, whether through one-off exhibitions, such as the Baur au Lac in Zurich with their ART in the Park annual event, which includes sculptures by Fernando Botero or Louise Bourgeois, as a prelude to Art Basel; or The Peninsula Paris, where every art piece, by artists from Xavier Corberó to Luděk Hroch, has been carefully chosen to live permanently in an area of the hotel that enhances its impact. Space and art are intertwined in such a wonderful manner.

In order to add a sense of cool and international reputation in a very current and modern way, Flemings Mayfair in London commissioned the work of celebrity photographer Andy Gotts to include black and white portraits of the rich and famous who visited the hotel, such as Kate Moss, Naomi Campbell, Hugh Grant, and Harrison Ford to name just a few.

The intention of art since the beginning of times has often been to provoke, whatever the reaction. In the world of hotels, where the objective is often to attract a wide range of guests, most hotels opt for neutral and harmless artwork, where the predicted reaction is generally to please, both visually and intellectually, and reflect the views of the majority.

However, some hotels have started to veer towards a more challenging use of art, art with a message, art to persuade, art to educate and art to create emotions, just like the Medici in the 15th century and many artists after that; for some this is the real purpose of art. Esin Güral Argat, the owner of Joali Maldives, the resort that opened in 2018 in the remote island of Muravandhoo, decided to commission artwork by emerging international artists, such as Porky Hefer and Nacho Carbonell. She scattered the art pieces around the resort with the intention of educating their guests about the environment, sustainability and coral preservation in the Maldives, as part of their overall experience.

As we become more confident as a society in condemning unfair situations with movements such as Me Too or Black Lives Matter I wonder if hotels would also become more confident in expressing their specific views through art- in an attempt to become more targeted to reach a particular audience- or remain neutral and politically correct (whatever that means these days) to attract a wider public. Whatever happens what is certain is that the connexion between art and hotels is here to stay, not just to please the eye but to make a bigger impact. And that’s exciting.

Late Summers in the countryside with Eurostars Hotels