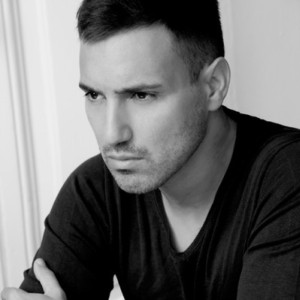 Gomis had been involved in avant-garde movements for years. He was an intellectual who saw culture, art and experimentation as the means to achieve social and individual progress.

Gomis and Bertrand planned to create a house that expressed this in La Ricarda, a family state in the heart of the delta of the Llobregat River. Joan Prats suggested Antonio Bonet, who had moved to Buenos Aires after working with Le Corbusier, as the person most suited to the task. They first met in 1949, the final project was agreed by 1953 and construction started in 1957. The building process took a long time due to two main reasons: on one hand, Bonet stayed in Argentina and sent the work orders to the people in charge of each area from there. On the other hand, both him and Gomis, who worked as an engineer, were rationalist, perfectionist, passionate, ambitious professionals, eager to expand their own boundaries. They had both taken part in the avant-garde movements back in the thirties, they shared the same ideals and understood life in a similar way. They intensively discussed every aspect of the house: the fabrics, the furniture, the cutlery, the doorknobs… Every element had to respect the design and purpose of the house, they had to meet a need and have a raison d’être. Some of them were designed expressly by Bonet himself; the rest, like some pieces or Nordic design furniture, were carefully chosen and acquired. [/vc_column_text][/vc_column][/vc_row][vc_row][vc_column column_width_percent=”100″ position_vertical=”middle” overlay_alpha=”50″ gutter_size=”3″ medium_width=”0″ mobile_width=”0″ shift_x=”0″ shift_y=”0″ shift_y_down=”0″ z_index=”0″ width=”1/2″][vc_single_image media=”73256″ media_width_percent=”100″][/vc_column][vc_column column_width_percent=”100″ position_vertical=”middle” overlay_alpha=”50″ gutter_size=”3″ medium_width=”0″ mobile_width=”0″ shift_x=”0″ shift_y=”0″ shift_y_down=”0″ z_index=”0″ width=”1/2″][vc_single_image media=”73257″ media_width_percent=”70″][/vc_column][/vc_row][vc_row][vc_column width=”1/1″][vc_column_text]The design of the house was meant to respect their owners’ essence. In other words, it had to be the original result of an architectural experiment, an open space to welcome friends and family members but also a refuge when it needed to be. And, of course, it had to be full of music, one of Gomis’s passions —in fact, he was an expert in sound reproduction.— For the Gomis-Bertrand couple this was indeed a very personal project.

Bonet’s idea was to build the structure and façade in a free style. But Inés Bertrand wanted something more practical, so this first idea got simplified. The house was erected on a one meter high platform on the natural terrain to insulate it from the subsoil humidity, and its structure was formed by twelve vaults or Catalan voltes standing on four pillars. These pillars were thin enough to convey a sensation on lightness and they managed to stand up thanks to a special structure of beams and columns hiding inside the platform. The first plan was to build the vaults with concrete, but Emili Bofill, the builder of the project, suggested to lighten them building the first section with concrete and finishing them with bricks and some braces. The result was a very original ceiling made out of open vaults built with a completely new technique, which provided in addition excellent acoustics.

The house was divided into units that were connected to each other and wanted to meet the needs of the family considering their particular occupations. This way, the living-room, the heart of the home, was designed as a multipurpose room with very few elements, like the chimney. The different areas of the room were demarcated with carpets. [/vc_column_text][/vc_column][/vc_row][vc_row][vc_column width=”1/4″][vc_custom_heading text_height=”fontheight-133167″ text_space=”” text_font=”font-204947″ text_weight=”300″ text_italic=”yes”]All that Ricardo Gomis and Inés Bertrand wanted was to create their own place in the world, detail by detail, until it was a true reflection of what they were and wanted to remain: two trailblazing individuals able to materialize the future in their own time.[/vc_custom_heading][/vc_column][vc_column width=”3/4″][vc_single_image media=”73263″ media_width_percent=”100″][/vc_column][/vc_row][vc_row][vc_column width=”1/1″][vc_column_text]Despite its large dimensions, the house looks rather simple. Its harmonious proportions and lack of sumptuous elements provide a cosy feel to it. The atmosphere is relaxed, making this house a good place to let the imagination run free. And all of this was achieved thanks to the owners’ determination to avoid everything superficial and to seek aesthetic coherence.

The house lets the exterior in through modern glazed walls, while it merges with the surroundings, the light being one of the key elements in this relationship. The two spaces communicate through lighting games thanks to the different colours of the glass, the vitrified ceramic lattices, the inner indirect lighting and the use of different kinds of wood in some areas. The exterior of the house embraces the landscape as well, its undulating roof rocking along with the pines and the nearby sea.

By 1962 the house was finished and ready to become a place of reference for celebrations with family and friends, many of which shared Gomis’s avant-garde ideals and interests. After the Spanish civil war, the cultural world of Barcelona was nearly nonexistent, and the few artists and intellectuals who remained there gathered frequently to promote avant-garde culture in the post-war years —this is how Club 49 was born—. La Ricarda was one of those meeting places. Here they listened to new records, organized concerts, plays and dancing performances, with guests like Antoni Tàpies, Tete Montoliu, Joan Miró, Joan Brossa, Merce Cunningham and John Cage.

La Ricarda is now a masterpiece of Spanish rationalism that attracted 1.500 visitors from all over the world in 2015. It is the result of the spirit of an era of people who thought that they could make a better world. This legacy has been kept intact by Ricardo Gomis’s and Inés Bertrand’s children. However, it is a fragile construction near a huge airport now, which makes it unfit to live in. Its future is secure only in the short term; no one knows what will happen to this iconic house in the next decades. We can only hope that the public institutions take charge of it and preserve it, as a sign of respect to those who made it possible.

Gomis and Bertrand were able to meticulously reflect their ideals and aspirations in La Ricarda, a place where architecture was a reflection of the soul. And that soul doesn’t seem to be willing to fade away. •[/vc_column_text][/vc_column][/vc_row][vc_row][vc_column width=”1/1″][vc_single_image media=”73266″ media_width_percent=”100″][/vc_column][/vc_row]

Late Summers in the countryside with Eurostars Hotels