The largest city in America collapsed dramatically due to industrial decline and economic stagnation. The financial crisis brought budget and salary cuts, which sunk many people into poverty. They were forced to move to the suburbs, and this made New York lose 10% of its population. This decline of population aired out the city and provided a new use of the public and private spaces that encouraged creativity. The city became more egalitarian.

New York was a shape-shifting spectacle, with something new and shocking always on the horizon. There was always something happening in every street and behind every door. It was an inspiring city where you could breathe freedom. The underground carriages were full of graffiti and food scraps. Being a New Yorker wasn’t easy, and some of them carried guns, just like gangsters. The homicide rate was three times higher than the current one, intensified by the dramatic increase of crack and heroin abuse. The power cut that left the city with no electricity for twenty-five hours in 1977, which led to looting in various districts, was a good example of this atmosphere of criminality. [/vc_column_text][/vc_column][/vc_row][vc_row][vc_column column_width_percent=”100″ position_horizontal=”right” position_vertical=”middle” overlay_alpha=”50″ gutter_size=”3″ medium_width=”0″ mobile_width=”0″ shift_x=”0″ shift_y=”0″ shift_y_down=”0″ z_index=”0″ width=”1/2″][vc_custom_heading text_size=”h3″ text_height=”” text_space=”” text_font=”font-204947″ text_weight=”300″ text_italic=”yes”]With his eclectic work, Mapplethorpe managed to link the high-life and the lowlife of the New York society like very few people did and this gained him the attention of a very varied public.[/vc_custom_heading][/vc_column][vc_column width=”1/2″][vc_single_image media=”73308″ media_width_percent=”63″ alignment=”center”][/vc_column][/vc_row][vc_row][vc_column width=”1/1″][vc_column_text]Rents were low during these years, and many artists could afford living in Manhattan. They gathered frequently to exchange ideas, even if they were strangers. The artist’s way of life was an extreme one in which art was an inner force that was projected over the artistic object. Art could express all kinds of wishes and worries caused by a sick world, and it was in fact the only way to release them.

The cultural world was exclusive and influential but small. Its members created new trends in music, literature and art that reached the whole country. Musicians and intellectuals were highly regarded and seemed to be surrounded by a divine halo, although they were as vulnerable as everyone else in the crowded streets of the city. John Lennon, Greta Garbo and Jacqueline Kennedy Onassis could be easily spotted strolling along the wild urban landscape of New York.

This creative atmosphere lead to the emergence of many music bands and cultural movements. In the mid-seventies Max’s Kansas City had the Ramones, the New York Dolls, Sid Vicious, Klaus Nomi and Blondie amongst their regular guests. The CBGB was home for Patti Smith and Television, and we can’t leave out the famous Studio 54, Bloomsbury, the Ocean Club, the Reno Sweeny cabaret, The Other End and the Mudd Club. Andy Warhol was one of the most iconic figures of this scene, walking hand in hand with Debbie Harry. His appearances at the CBGB and other clubs recalled the golden days of The Factory. In these times anything that happened in one of these bars had influence on culture and people. In the seventies, culture was everywhere you looked at. [/vc_column_text][/vc_column][/vc_row][vc_row][vc_column column_width_percent=”100″ position_vertical=”middle” overlay_alpha=”50″ gutter_size=”3″ medium_width=”0″ mobile_width=”0″ shift_x=”0″ shift_y=”0″ shift_y_down=”0″ z_index=”0″ width=”1/2″][vc_single_image media=”73313″ media_width_percent=”100″ alignment=”center”][/vc_column][vc_column column_width_percent=”100″ position_vertical=”middle” overlay_alpha=”50″ gutter_size=”3″ medium_width=”0″ mobile_width=”0″ shift_x=”0″ shift_y=”0″ shift_y_down=”0″ z_index=”0″ width=”1/2″][vc_single_image media=”73314″ media_width_percent=”100″ alignment=”center”][/vc_column][/vc_row][vc_row][vc_column width=”1/1″][vc_column_text]The Downtown Scene was born during this years as well, with its punk music, disposable painting, body art and the theatrical chaos of LaMaMa. At the same time, the High Mandarin movement made a come-back, with personalities like Jasper Johns, Susan Sontag, Robert Wilson, George Balanchine, Robert Mapplethorpe and more.

With his eclectic work, Mapplethorpe managed to link the high-life and the lowlife of the New York society like very few people did and this gained him the attention of a very varied public.

Mapplethorpe searched for homosexual topics, used porn stars as models and took elements from the sadomasochistic culture with a clear intent. He also covered some controversial subjects that the LGTB culture used later as symbols of its struggle to achieve equality and recognition. As a member of this community, Mapplethorpe worked to give a positive image of his people, with no moralistic judgements. In the pre-AIDS era, the gay people were great trendsetters. Nowadays there is a romanticized idea of the homosexuals of that time as attractive glamorous careless people, but the truth is they were raised during the oppressive years of Eisenhower and Nixon. However, the outburst of the AIDS plague changed all that drastically in 1981.

Mapplethorpe was interested in gender ambiguity and androgyny. He extended the boundaries of the definition of gender and identity with his studies on African-American men and with a photographic essay with body builder Lisa Lyon between 1980 and 1982. Here he explored different ways of representing a woman: the goddess, the temptation, the girlfriend, etc. [/vc_column_text][/vc_column][/vc_row] 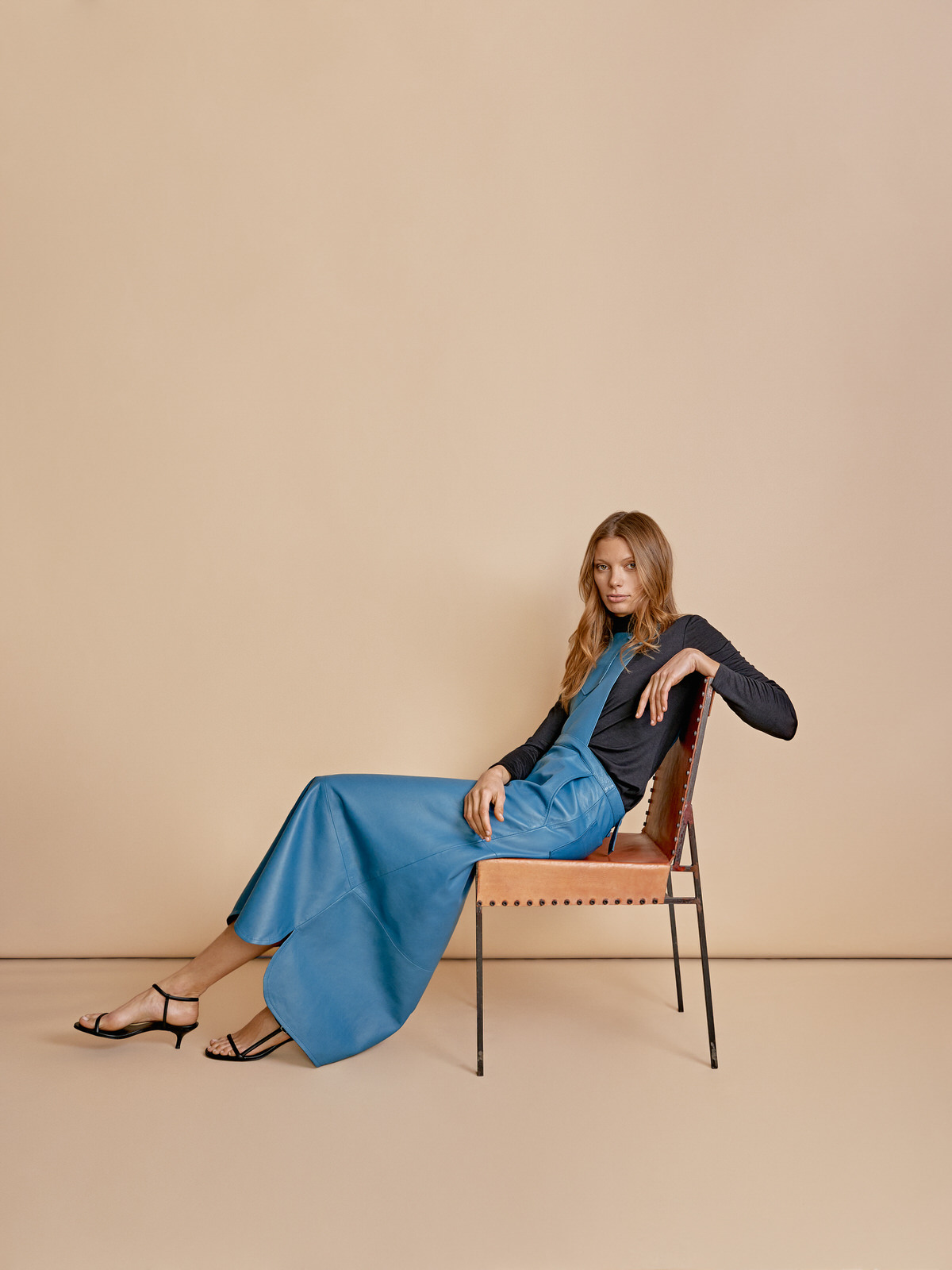 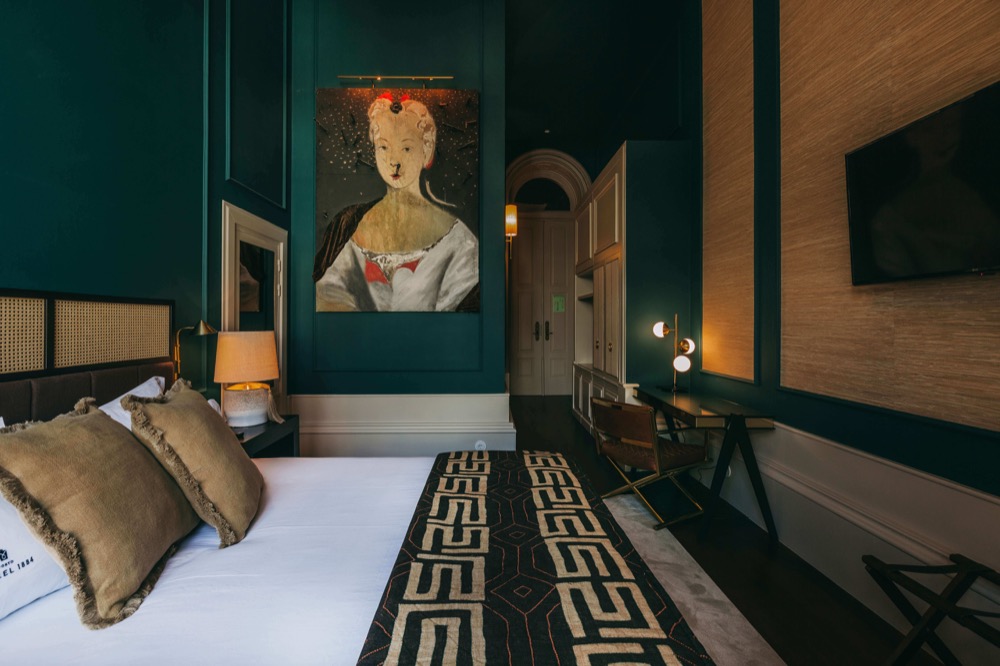